"Many more died beyond prying eyes." 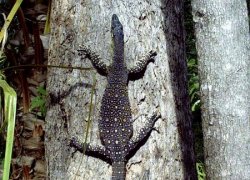 The Aboriginal People of East Gippsland fought against the European invasion of their land. However the technical superiority of the Europeans’ weapons gave them an absolute advantage.

It is extremely difficult to be certain about the real death toll as so few records still exist or were even made at the time.  Diseases introduced from the 1820s by European sealers and whalers also caused a rapid decline in Aboriginal numbers.  The following list was compiled from such things as letters and diaries for an exhibition called simply "Koorie" which was mounted by the Museum of Victoria in 1991.

This map of Victoria shows the location of known killings of Aboriginal people by Europeans for the 18 years between 1836 and 1853. The deaths of several thousand people are represented. Many thousands more died beyond prying eyes.

In the 1830s, when Europeans first entered Gunaikurnai country, there were many thousands of people living in the Gunaikurnai tribal lands. Within 20 years, after battles, introduction of diseases and massacres at the hands of Angus McMillan and others, there were an estimated less than one hundred Gunaikurnai remaining in Gunaikurnai lands.  Many more died beyond prying eyes.

These massacres were unlawful, grossly disproportionate reprisals by European settlers for the spearing of livestock.

Stone spears no match for guns

Gippsland squatter Henry Meyrick wrote in a letter home to his relatives in England in 1846:

The blacks are very quiet here now, poor wretches.  No wild beast of the forest was ever hunted down with such unsparing perseverance as they are.  Men, women and children are shot whenever they can be met with…  I have protested against it at every station I have been in Gippsland, in the strongest language, but these things are kept very secret as the penalty would certainly be hanging…  For myself, if I caught a black actually killing my sheep, I would shoot him with as little remorse as I would a wild dog, but no consideration on earth would induce me to ride into a camp and fire on them indiscriminately, as is the custom whenever the smoke is seen.  They [the Aborigines] will very shortly be extinct.  It is impossible to say how many have been shot, but I am convinced that not less than 450 have been murdered altogether.

This sad decimation was followed by nearly 100 years of official attempts to separate Aboriginal people from their culture and heritage.